Microarray technology is a method of screening 30,000+ DNA segments (genes) for intrinsic variance (genetic abnormality), transcriptional variance (response to stimulus) or, indirectly, the translational variance which is manifested in protein expression. Gelest uses silanes to assist in creating novel and selective surface functionality, where specific locations on a substrate can interact with one specific biomolecule similarly to nature.

Covalent chemistry and other concepts are used in nature to ‘screen’ and optimize biomolecules for activity. Nature’s principles are based on a limited number of building blocks to achieve a high degree of complexity in materials and rely on weak and reversible interactions between building blocks to introduce function and diversity. Using these interactions, nature has created vast libraries of biological materials in a simultaneous multistep self-assembly process that is reversible, selective, self-healing, and spontaneous.

The preparation of stable and diverse binding agents in an addressable format is an objective with myriad applications in proteomics, diagnostics, pharmaceutical development, and related fields. Significant advances toward this aim have been made, and among them microarray-based technologies stand out on the basis of a high-throughput and miniaturized format. Microarray technology is a method of screening + 30,000 DNA segments (genes) for intrinsic variance (genetic abnormality), transcriptional variance (response to stimulus) or, indirectly, the translational variance which is manifested in protein expression.

A microarray consists of a large number of spots containing different known polynucleotides (either oligonucleotides or defined polynucleotide fragments) or polypeptides/proteins which are placed at specific locations (addresses) on a substrate. Microprinting techniques are widely used for DNA microarray fabrication on commercial array slides containing hundreds to thousands of spotted features. The printing process generally involves spatially controlled delivery of nanoliter drops of DNA solutions onto reactively coated glass substrates using a robotic spotter, followed by evaporation of deposited liquid droplets within seconds. Depending on the technology, there are typically 1×103 to 3×104 spots on each substrate. Each spot is a probe. Fluorescence enables the localization and specification of the different DNA sequences, and here Gelest fluorescent silanes coupled to the surface are very useful.

The genetic response of physiological systems at any time is induced by a combination of intrinsic factors (heredity) or external stimulus (disease, trauma, drugs, etc.). The manifestation of genetic response is at two levels: primary transcription, the copying of selected DNA segments (genes) to mRNA and translation, the synthesis of proteins from mRNA. DNA, mRNA or protein samples of interest (targets) are prepared by reaction with a label (for example, a green fluorescent dye). A control is reacted with a different label (for example, a red fluorescent dye). The labeled target and control samples are combined, exposed to the probe array allowing, in the case of polynucleotides, hybridization or, in the case of proteins, receptor interaction. The array is washed to remove unbound material and scanned. Data is collected by noting unique positive interaction of the target (green fluorescence), negative interaction compared to control (red fluorescence) or no differentiation in interaction (yellow fluorescence).

Common to the production of all microarrays is the preparation of a readable substrate that provides robust bonding of the probes to their addressed sites. The most common substrates are siliceous: silicon, silicon dioxide or predominantly glass in the physical form of microscope slides. The most common protocol is to provide a smooth, clean substrate reacted with an organofunctional silane. Here silane coupling agents are generally recommended for applications where such inorganic surfaces having hydroxyl groups can be readily converted to stable oxane bonds by reaction with the silane. The silane reacts covalently with substrate forming siloxane bonds. The organic portion of the silane projecting away from the treated surface is carefully selected for reactivity with the biomolecule of interest. The diverse range of functionalized silanes that Gelest produces makes it easy to choose a coupling silane coupling agents then to functionalize the array surface, and finally to selectively attach the biomolecule of interest; site specifically.

The ability to attach ligands which bind protein, cells, and other biomolecules to substrates forms the basis for a variety of technologies including affinity chromatography, biosensor development, and ELISA immunoassays. With regard to these latter applications, it is especially desirable to precisely control the position of surface bound species in order to maximize activity, minimize background interferences, and provide for the detection of multiple analytes in the smallest possible sample volumes. 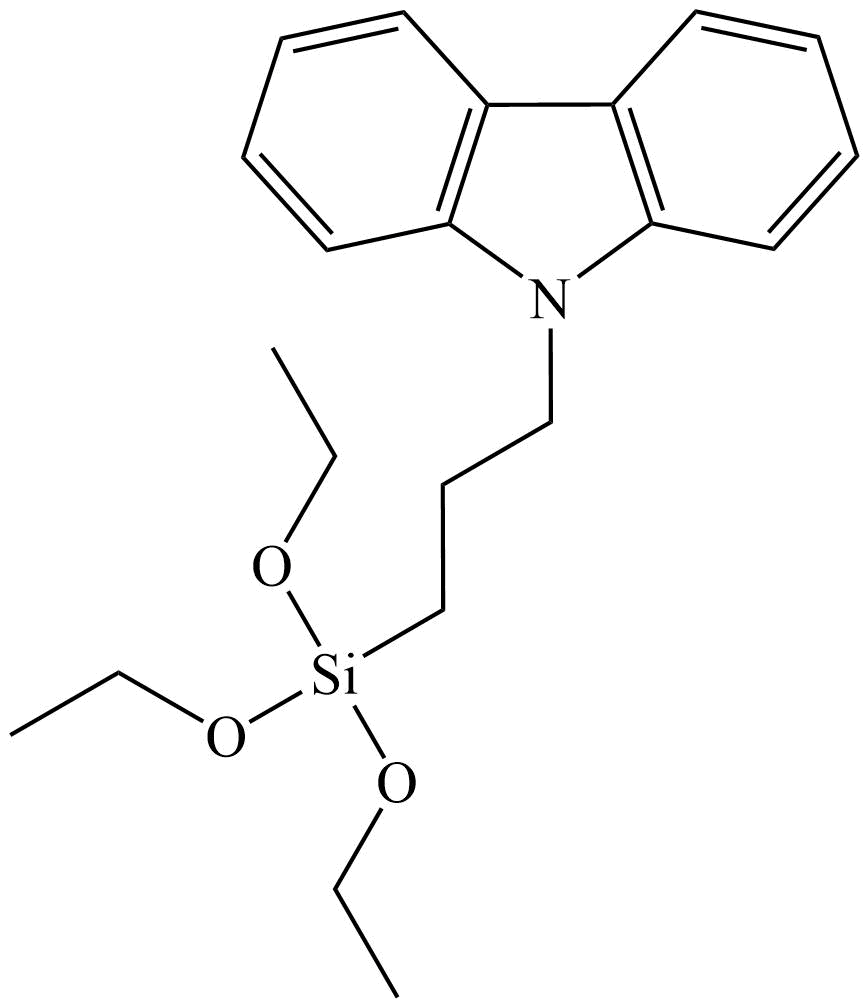